Intended audience: General YA and older

Personal reaction to the book: It’s a lot of fun and an appropriate introduction to 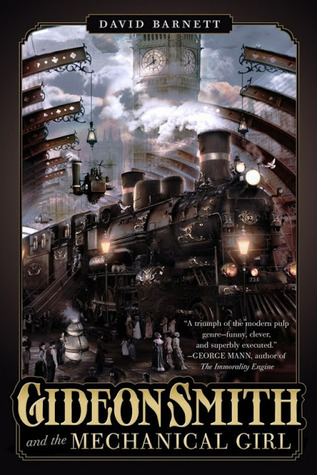 steampunk for a YA audience. Standard fare (for steampunk) includes Victoriana, vampires, zombies, zeppelins, penny dreadfuls, Sherlock Holmes (in the background), Jack the Ripper, a cyborg and an oversexed female aviatrix (although no sex).

It tells the story of a young man who helps his father, a fisherman, but dreams of becoming a hero until the fates – and monsters – intervene and he sets off to London to right the wrongs. Well-paced, lively dialogue. Fun, if not deep, and the first of a series worth watching.

Author facts: David Barnett has had a 23-year career in newspapers in his native England. He hasn’t quit his day job, as he is still an assistant editor at a paper in West Yorkshire. He was born in Wigan in 1970 and is married with two children.