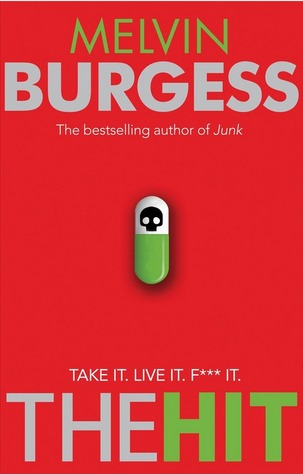 Personal reaction to the book: A challenging and sometimes disturbing book. The sole thing that makes this a YA title is the age of the protagonist. The point in his life cycle is typical YA; otherwise, the fare is grim: Suicide, murder, drugs, alcohol, rape and madness.

The title refers to a new drug that creates superhuman highs but is fatal after exactly one week. Its public use by a rock star is the catalyst for not only the protagonist’s flirting with the drug but a revolution against the oppressive status quo. Very impressive.

Author facts: Melvin Burgess was a daydreamer who did not do well in school. He started writing seriously at about 35. Having lived in various places in England – London, Bristol, Sussex, Reading – he now lives in West Yorkshire with his partner.