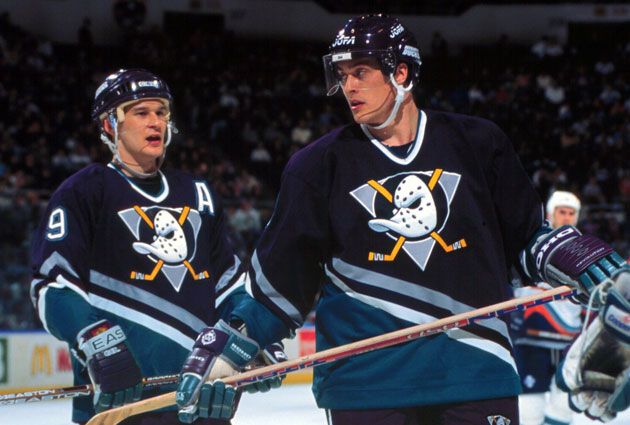 Here’s the thing the Washington Capitals are failing coming to grips with: The team is built around a winger. So what?

Teams that win championships are built down the middle. If anything, the Caps are regular-season overachievers, not playoff busts. They are OK down the middle — Evgeny Kuznetsov might, possibly, be in the discussion of elite centers at some point down the road but neither he nor Nicklas Backstrom are at the Toews / Crosby level and while Braden Holtby is in the discussion for best goalie in the league I would still take Ben Bishop in a heartbeat. OK isn’t good enough.

In the 50 years of Conn Smythe winners, the trophy has gone to wingers eight times. Defensemen 10 times. Goalies and centers 16 times each.

The last Stanley Cup winning team where you could convincingly argue the team (not just playoff) MVP was a winger AND that player won the Smythe was the 1977 Montreal Canadiens (Guy Lafleur). But his “supporting cast” included Lemaire, Robinson, Cournoyer, Gainey & Dryden, so it was hardly Guy or Bust.

You win down the middle, you win with depth. The Devils won without an elite center … but Scott Stevens, Scott Niedermayer, Marty Brodeur and trap, trap, trap. All the Caps are missing are all of those things.

I would argue that, rather than being playoff “failures” with Ovie, the Caps have reached their predictable level. Zero teams built around a winger — any winger — have won a Cup in the last 50 years. (I don’t remember the Gordie Howe Red Wings well enough to discuss them in detail, so if you want to argue that Delvecchio, Red Kelly and Terry Sawchuk were window dressing, have at it … but it’s telling that the best pure shooter of that generation was Bobby Hull, and even with fellow Hall of Famers Stan Mikita on the other wing, Pierre Pilote on defense and Glenn Hall in goal, they won one Cup, in 1961.)

All of which brings me to Exhibit A, at the top. The 2006-07 Mighty Eggplants of Anaheim. Teemu Selanne was their leading point scorer, a winger and a sniper with attitude and a mostly one-way game (sound familiar)? But what looked at the time like the “supporting cast” turned out to be Ryan Getzlaf & Corey Perry, they had Scott Neidermayer and Chris Pronger on defense and great goaltending. Kuznetsov is already older (23) than Getzlaf was (21) and there’s nobody on the Caps D who will ever be mistaken for Neidermayer / Pronger.

So enjoy watching Ovechkin, Caps fans. He’s an exciting player and might well win a Cup by being traded to a championship team or, like Selanne, he might hang around long enough for the next generation to help push him along. But he’s not the right cornerstone for a winner.