So Tinmouth is about my favorite town in Vermont. It’s tucked up in the hills, off the highway. Most visitors roll past it without knowing it’s there. And it’s one of the towns whose taxes support the library I work at. Thanks Tinmouth! 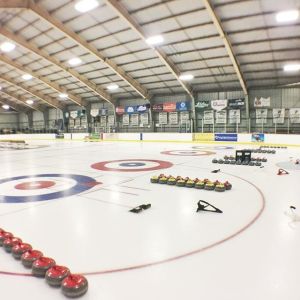 Last Saturday I went to a curling bonspiel (The Verspiel! Woot!) which meant I had to miss Tinmouth’s Town Meeting. Understand that Tinmouth has the Iowa cockup, err caucuses / New Hampshire primary of Town Meeting season. Everybody else does informational meetings (and / or floor meetings) on Monday and Australian ballots on Tuesday. Except Tinmouth, who hold their traditional Town Meeting on the Saturday before the first Tuesday in March (for the budget and warrant articles … they do secret ballot on Tuesday like everybody else for officers). Somebody’s got to be first; it might as well be Tinmouth.

There’s baked goods and coffee and their tiny little local library does a book sale (yup, Tinmouth is so cool it has a Little Free Library and still contributes to the Rutland Free Library for the residents who want to make the drive into town). And many of them do. Spending a mud season Saturday there is the next best thing to a must-do … except this year I really needed to put an exclamation point on the winter, which punctuation mark was The Verspiel. But with a vested interest (did the budget pass??), I was eager for news.

So I looked up the Herald to find the story on Tinmouth Town Meeting. Divvying up reporters, photogs, pages, and column inches for Town Meeting season was always one of the biggest challenges for a Vermont editor. There was always one more good story than there was time for on Monday; one more community that deserved live coverage Tuesday night. But Tinmouth, three days ahead of the busiest night, was a given. Some lucky s.o.b. got paid to make the drive up into the hills to observe local democracy in action, and then craft 12 or 15 inches on what they saw. Kind of like throwing out the first pitch and writing the story about writing the first pitch.

And it was more than a let-down to see the story … based on a phone call from the reporter, Patrick McArdle, to Town Clerk Gail Fallar. I’m not throwing rocks at the Herald — I understand its financial difficulties better than most. But if you want to know just how desperately the news capital “I” Industry is failing democracy, all you have to see is the local paper unable to send a reporter out to cover the start of Town Meeting season. God help us if the best coverage of the annual rite of small-town voting is taking notes about what somebody else said happened.

A few weeks ago I got into a Twitter kerfuffle with some academic who was celebrating the Vermont Experiment in journalism, as embodied by VT Digger. I think Ann Galloway and her staff are doing yeoman’s work and deserve their plaudits, but they don’t have any more ability to cover the nooks and crannies of Vermont any more than today’s Herald does. And because most of their readers (and advertisers) are in the Burlington / Montpelier corridor, that’s where they focus their energy. Ditto Vermont Public Radio, the other sort-of statewide news organization left. They’ve got a big Town Meeting / Super Tuesday page up but 36 hours after Tinmouth voted “aye” on all but one small line item, there’s not a mention of the town on the page. I’m just cynical enough to say that if it was Stowe, Calais, or Marshfield starting the season there would be coverage of it.

The Twitter expert dismissed my concerns about the lack of news coverage by saying there are still “news deserts,” to be filled, but sitting in rural Vermont while national organizations are hailing the Vermont model of online news it fills a load more like I’m sitting in the lone and level sands looking at a news oasis.

Nothing beside remains. Round the decay
Of that colossal Wreck, boundless and bare
The lone and level sands stretch far away.
— from Ozymandias by Percy Bysshe Shelley